Why 'Less Is More' in Your Story 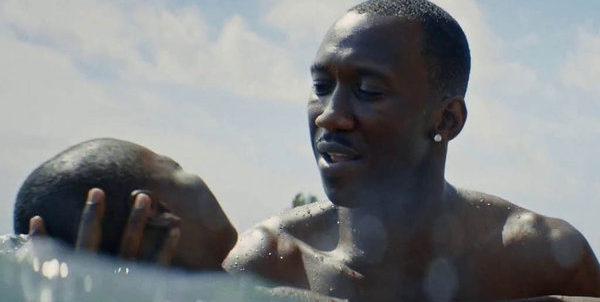 Hopefully, you all have seen the Oscar nominated film MOONLIGHT. It won the top prize at the Writer’s Guild Awards this week and is one of my favorite films of the year. There are so many things to praise about this movie, but one of its strengths lies in the way it refuses to give us information we’re used to getting. Important characters disappear, years pass offscreen, and the ending leaves us with a question rather than an answer.

The thing I loved most about this film was how Barry Jenkins, the writer/director, created gaps in the narrative that forced me to fully engage with the story in order to decipher it.

He didn’t spell everything out. Which pulled me in.

As authors and screenwriters, I’m sure you’re familiar with the phrase, “less is more.” So how can you use this concept to strengthen your narrative?

First of all, less is pretty much always more, when it comes to your pages. Especially in revisions, your primary task is to hone and strip away the chaff to get to the core of your protagonist’s journey. And in service of this, sometimes leaving things out, holds the reader to the page.

Here are some specific instances when less is always more…

When your characters are blabbing too much. And even you, who love them dearly, want them to shut up. Take a look at the scene. What’s the key moment that moves the story forward? Can you make this happen with action instead of dialogue?

When you repeat info for the reader. Sometimes, as writers, we worry that the reader won’t “get” what’s happening, or remember the thing our character thought or said in a previous scene (cue reminder flashback!) Your readers/viewers are smart. They don’t need the reminder. If your story is compelling, they will remember everything. Don’t repeat information. And when in doubt, err on the side of giving less rather than more.

When there are logistical/expositional things to reveal. Instead of spelling out in a big scene how one character got from point A to point F (where the plot moves forward,) just cut to F. We don’t need to read about them driving there, or hopping on the Conestoga Wagon, or traversing the entire city. Keep the story moving forward. Ditto with exposition or backstory. If you have a piece of info that the reader needs to know, it doesn’t get its own scene. Put this info into a scene that already moves the story forward.

When you can use ellipses or gaps in the story to pull the reader in. What if you don’t tell them everything? What if you leave things out and make the reader work to understand what’s going on? This is a sophisticated form of storytelling and one that can engage the reader more fully in your story. You don’t want to make your story too cryptic, but what if you held stuff back? Made them work for it? Think about your story as a puzzle!

When you want to leave the reader/viewer to figure out your ending. There are some fantastic movies that do this. MOONLIGHT and John Sayles’ LIMBO, are just a couple. The writer doesn’t spell out what happens, or tie things up neatly in a bow, the way we’re used to. We have to figure it out for ourselves and imagine. This strategy allows the story to stay with us, as we ponder the various scenes that could happen after the movie ends.

Take Action! How can you use “less is more” to deepen and make your story more interactive? Are your characters talking too much? Are you spoon-feeding the reader or viewer information that’s obvious or repeated? Do you have scenes that are logistical only– moving characters from point A to the next story beat? Or scenes whose only function is to deliver backstory? Could you pull out chunks of the plot and create gaps that force the reader to engage with the story in order to figure things out?

If you are writing a first draft, don’t worry about any of this. This draft should be long and luxurious and exploratory. It’s in these early pages, that you will discover wonderful things about your characters and plot.

Once you are in revisions however, throw your arms around “less is more.”

If you want to see how it’s done, watch MOONLIGHT.

Sign up here for my free weekly writing tips and inspiration.