INSIDE TELEVISION WRITING WITH DAWN PRESTWICH 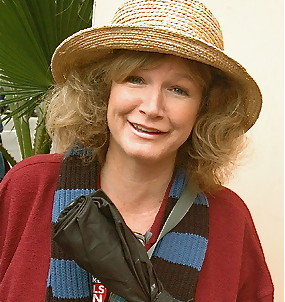 Dawn Prestwich is a highly regarded television writer, and all around fabulous woman! With writing partner Nicole Yorkin, she has written for such diverse shows as CHICAGO HOPE, FLASHFORWARD, CARNIVALE, THE RICHES, and is currently Co-Executive Producer on the new AMC series, THE KILLING.  She agreed to answer a few questions about what it’s like to be a television writer, and how to hone your skills in preparation for entry into this fast paced world.

When did you know you wanted to be a writer?

I had always been a writer, a storyteller. But I knew that I wanted to be a writer, professionally, when I realized during my first job in Hollywood (personal assistant to a talent manager) that nothing can happen in this business without a script. It’s really all about the script. There’s power in the word. I wanted that power.

How did you break into television writing?

After sitting in a little office for 4 years writing screenplays with strong female characters that no one wanted to read, my writing partner Nicole Yorkin and I decided to write a spec TV episode, just to see if we had the chops to do TV, as a sort of a last ditch effort, you know? If it didn’t work out, she was going back to journalism and I was going back to writing short fiction, and hoping to get published somewhere. It was a THIRTYSOMETHING spec and surprisingly enough, it opened doors for us like nothing else ever had. Ed Solomon recommended us to a show-runner (Beth Sullivan) who was looking for people she might not have read. She read us, next thing we know, we’re writing a show called THE TRIALS OF ROSIE O’NEILL. We never really stopped working after that.

What does a show-runner do?

The show-runner is in charge of the whole shebang. The buck stops there. The show-runner does everything from breaking all the stories in the writers’ room, guiding the creative direction of the show, writing and re-writing the episodes, taking complete responsibility for them creatively. She hires the directors, and works with them closely on the creative direction of every episode, is responsible for the post production of all the episodes, responds to notes from the studio and network. She/he has to worry about staying within the constraints of the budget, managing all the different people involved in making the show, and generally never sleeping at night. As John Wells once said to us, “It’s the toughest job in town.”

What do you think are the most important skills for a television writer? How can a person go about developing these skills and finding a job in television?

Okay, beyond being a writer who writes with an eye to character, you must, first and foremost, play well with others. A writers’ room is a team of writers all striving to make a show—that means every single episode—great. Or it should be. If writers know that they tend to be loners, or don’t like to hear other people’s opinions about their words, they might think about sticking to screenwriting, or novel writing. TV is fast and furious. That’s why it’s a team sport. You need a lot of brains tracking the story, bringing their best ideas and experiences to the room to improve every episode. At least, that’s the way it is in hour drama.

I’m not sure how you develop that. It just depends on how you work, and what works for you. I’ve known a few writers over the years who just can’t tolerate the group process and they’ve gravitated back to features, because being on a writing staff is just not their thing.

How to get a job in television? Keep working on your writing. Write and write, and get better and better, to the point that the scripts you have written pretty much do the work for you. They will sell you, you don’t have to. Make sure the first page of your spec is brilliant and compelling, something that immediately sucks a reader in. Think of it this way, when people are reading your script, they DON’T WANT TO BE READING IT. So REWARD THEM with a wonderful reading experience. Because then they will love you and know that recommending you will make them look smart. See? That’s your script doing the work. And no, it’s not hard to get read by people in this town. Opportunities arise. But you’d better be ready to repeat that same reading experience over and over again with each subsequent script you write. Because you have to be able to do that when you are on a show.

You’ve written for some amazing, and very different shows. THE KILLING, CARNIVALE, THE RICHES… How do you shift your writing style and perspective for each project?

I don’t know. You just do. It’s actually one of the best parts of writing for TV, the need to switch gears every now and then. Keeps you from getting bored or rote in your writing. Nicole and I have been doing this for more than 20 years now, and I think we actually kind of relish the variety. We love a new challenge, to write something we’ve never written before, in a style that is new, and maybe even a little scary to us. It’s what keeps us engaged and excited about the work.

How do you and Nicole write scripts together? What’s your process?

All partners do it differently, but basically, Nicole and I write every word out loud together in a room. It’s a noisy process. Even if we’re in Starbucks. And we’ll argue about the words or ideas. And it can get heated! But that’s because we really, really care about the work and we want it to be great. We generally break the story together, then throw it up on the board in the writers’ room and let them kick the tires and make it better, then we go off and write for a couple of weeks (if we have the luxury of a couple of weeks, sometimes it’s less than a week, depending on how things are going on the show) then turn in a first draft. On THE KILLING, which Veena Sud is running, we turn the first draft in to her and the writing staff. The staff makes notes, and Veena will decide which notes she wants us to take. From there, the script gets re-written by us, and the next draft goes to Veena, and ultimately the studio, for more notes. Changes are made, if necessary, and then it goes to the network, which will usually have a few notes, as well. That’s the process, pretty much.

What’s a crazy, little known fact about the television industry?

People who pitch well often can’t live up to the promise of the pitch. Great sellers are rarely great writers. It’s a different skill set.