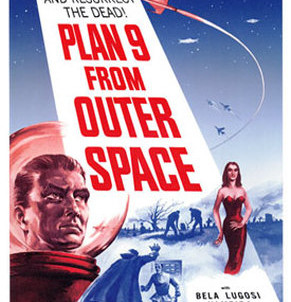 Why do we love bad movies so much? Why do we laugh and scream about how terrible the acting was (that accent!) or how lame the plot became (a cell phone can be used to stop a meteor, really?) The first bad movie I remember seeing was ROLLER BOOGIE with Linda Blair. It was REALLY bad. There’s nothing quite like a disco film set in a roller rink, starring Linda Blair, especially when there are no demons trying to possess her.

The first movie I walked out of was GREASE 2.  Yeah, I know, but I really liked the first one. For the first time in my tender youth, I realized that it was possible to waste precious minutes of your life.

So it was with some pleasure that I watched REMEMBER ME a few weeks ago on Netflix streaming. Yes, it’s called REMEMBER ME. And indeed I will, although not for the reasons intended by the filmmakers.

Here’s a brief description of the plot , “A romantic drama centered on two new lovers: Tyler, whose parents have split in the wake of his brother’s suicide, and Ally, who lives each day to the fullest since witnessing her mother’s murder.”

REMEMBER ME started out badly. What did the main character want? Nothing. And so there was no forward movement in the plot. Who was trying to stop him? It seemed the father (played by Pierce Brosnan) was the bad guy, but couldn’t really stop him from anything, because there was nothing Robert P was trying to do. This resulted in many scenes where RP smoldered at his dad and his dad smoldered back. For some reason there’s lots of smoldering in bad movies.

A love interest. This is always a hopeful sign, but in this particular case, the “lie” set up in the story, which is intended to throw the lovers apart in ACT II, made no sense at all. Why did RP even ask her out in the first place? And yes, there was a horrible “romantic” water fight scene. I rest my case.

Irritating characters. This is always a classic sign of a bad movie, and Pattinson’s motor mouth best friend, with his way too clever lines, made me want to kill someone.

Rising conflict. None. Until the little sister gets her hair cut off by some nasty sixth grade girls. It was then I started wishing she was the main character.

But finally, as we lumbered towards the climax, came the plot point that made this movie truly and irrevocably dreadful. During the earlier badness, my teenaged son had come into the living room and sat down next to me. We’d giggled at the terrible dialogue, the lousy plot. But then came the moment when I stood up from the couch, and screamed at the TV, “NO!!!!!” My son got scared for a minute.

It seemed that the writer figured Pattinson needed an arc. So after he trashes the girls who hurt his little sister, tells his girlfriend the truth about why he inexplicably asked her out, he then goes to the top of the world trade center to meet his dad.

Then, the little sister sits in her classroom and we pan across the blackboard, which says Sept 11, 2001.

This was so out of left field, so wrong, so awful and so OFFENSIVE that I was literally driven to caterwaul. The screenwriter was attempting to somehow make his movie meaningful and important by turning Pattinson into a victim of 9/11.

We have a winner folks—worst screenwriting choice EVER!

Nope, not even Chris Cooper could save this one.

In fact, this film made me long for the halcyon days of ROLLER BOOGIE, where I could laugh at Linda Blair skating around in a unitard, or PURPLE RAIN where I hurled Raisinettes at Prince’s face in a theater in Westwood.

As we turned off REMEMBER ME, my son said, “That sucked.”

We both laughed. Indeed. And I guarantee, for that reason, I’ll never forget it.

MY FAVORITE BAD MOVIES OF ALL TIME

7.  BLACK SWAN (I never bought that it was ‘intentionally’ campy)

9.  THE HAPPENING (my friend calls it The Crappening)

MY FAVORITE “REMEMBER ME” REVIEW QUOTE: “If this movie is playing at a theater near you, you might want to consider moving somewhere else.” A.O. Scott